If we hadn’t had our collective head stuck in the Rob Ford saga last week, perhaps more of us would have picked up on the special report on the Ministry of Natural Resources (MNR) by the Environmental Commissioner, Gord Miller. Laying Siege to the Last Line of Defence: A Review of Ontario’s Weakened Protections for Species at Risk describes: gross over-use of discretionary powers; procrastination; finger-pointing; shielding MNR policies from public input; and scandalous exemptions from the rules for the very proponents most likely to put species at risk.

The environmental commissioner reports directly to parliament. This is not a hackneyed political appointment, and Gord Miller is very good at his job.

It’s not possible to overstate the commissioner’s concerns when the title page reads, “wildlife preservation is a catastrophic, heart-breaking disaster.”

Chief among MNR’s failings is that through regulation, the prohibitions outlined in the Endangered Species Act (ESA) no longer apply to a large number of activities that have been directly responsible for imperiling wildlife in the past. They include forestry operations; hydroelectric generating stations; aggregate pits and quarries; ditch and drainage activities; exploration mining; wind facilities; infrastructure projects; and that’s not the complete list.

Proponents of these activities don’t have to get a permit, only follow “functionally unenforceable” regulations. If these vague, province-wide terms are met, the ministry can’t say no, no matter how important the affected area or the possibility of unacceptable cumulative impacts on a species at risk or its habitat.

In the old days, proponents had to provide an “overall benefit” from their activities; now they have to “minimize” their impact. Mitigation plans and monitoring records? MNR doesn’t want to see them. As a result the ministry doesn’t know what’s going on out there, either with the species at risk or the proponents. If landowners have a hands-on understanding of what’s actually happening to the critters on their property, MNR isn’t going to know about it.

One of the rationales for the new regs, which came into effect in July 2013, is that MNR claims it costs $24,000 or 500 hours to develop an ESA permit, but that’s an average of only 12 cases, one of which was the building of Highway 69/400: hardly typical. Even if permits were actually this time-consuming and expensive, the ministry has only itself to blame, reports the commissioner.

“By failing to develop clear and consistent policies to guide the permitting process, MNR created an inefficient and ad hoc approach to permitting that was unnecessarily lengthy, convoluted, costly and extremely frustrating for proponents and other stakeholders.”

The ESA’s mandate is to identify species at risk, protect them and their habitats, and promote their recovery. Currently, Ontario has 215 species identified as at-risk with more imperiled species in the chute awaiting their designation by an expert committee. The act allowed for a five-year window for the ministry to come up with recovery strategies for critters not covered in the previous legislation. The commissioner’s report found that nearly half of these strategies have been delayed with “questionable rationales.”

In some cases, MNR claims it is waiting for the feds, which has its own at-risk list and commensurate requirements, before coming up with Ontario-appropriate plans. But checking the files, the environmental commissioner found the province often waiting in vain, either because the province had overlooked the fact that the feds had already dealt with this matter, or in other cases that the critters in question weren’t on the feds at-risk list to begin with.

Some species may not get a provincial recovery strategy until 12 years after they were first listed.  Other species are waiting 20 years for a plan for “population maintenance”, when in fact the legislation stipulates that what’s required is a plan for “population recovery.” The commissioner’s report characterizes this behaviour as tantamount to MNR disobeying the act.

The reliance upon generic regulations  rather than specific applications that must be read, understood, declined or approved means that, “every place no matter how unique or important will be open to activities with the potential to adversely affect species at risk.” 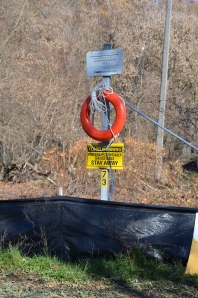 The public doesn’t know what’s going on. The requirement that the ministry post its permits online has been rendered moot by MNR’s selective no-permit-necessary policy. Although the public provided input on the regulatory amendments that established the rules for the new exemptions, a draft of the regulations was never posted, only a description.

“There is a clear trend of MNR deliberately shielding its policies on species at risk from public input,” reads the report. For example, MNR explained its failure to post its Best Management Practices with regards to woodland caribou on the Environmental Registry, by characterizing its BMR as  “technical information”, although it saw fit to consult a number of industry associations about them.

The environmental commissioner lays the blame for this crisis entirely at the feet of the ministry and not the act itself. “MNR has failed to do what is necessary to make the law work. The ministry has been stalling recovery strategies, crafting meaningless government response statements, delaying habitat protection, mismanaging the permitting process and deliberately ignoring public participation.”

The particular species designated as at risk are stand-ins for all the others who aren’t on the list—yet. When we fail them we are damaging the biodiversity of the province, making it more prone to collapse. When that happens, we’ll be the last to know.