Harry Neufeld, former chief electoral officer for B.C. and author of a recent report on voting, testified before a parliamentary committee that 520,000 people might lose their right to vote under the Fair Elections Act, Bill C-23. The impact this will have on those who have been disenfranchised has been lost so far in the loud condemnation of the bill as has the effect this will have on the environment.

Increasingly nature is dependent upon our protection. A tree is not simply a tree. Its health depends on the quality of the soil, the air, the water and the room we provide it in which to grow. It’s home to thousands of species from the bugs in the ground to nesting birds and the predators who steal the eggs from the nests, all of which have to be safeguarded within a policy framework.

This is a deceptively simple idea. To see the world this way you have to be truly engaged with your political and natural environment. Nature used to be considered an imposing backdrop that could absorb the abuses that people threw at it. We had dominion over it back then, although we rarely took any actual responsibility for our actions. 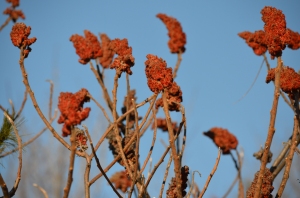 Finding a fix for climate change and habitat destruction will require buy-in from a lot of people—assuming we ever get around to actually doing anything about them—because protecting the environment is going to cost us.

Disenfranchisement encourages political disengagement and passivity, reducing the disenfranchised to mere taxpayers and consumers. A person who has been deprived of the right to vote doesn’t have any responsibility for what the government does. Even if this government or any government, were to attempt to do something serious about climate change, without buy-in it would fail.

Critics of the Fair Elections Act have identified students and First Nations as two groups who are particularly vulnerable to being disenfranchised by this bill. Young people don’t need any encouragement not to vote. They’re engaged in their preferred social media silos, busily establishing their online communities, worried sick about jobs and as a result are less attached to places and the politics of those places. The doorbell doesn’t work, home phones are archaic, and who reads mail? But if they don’t engage politically, they’re unlikely to feel a degree of ownership or engagement for problems facing the environment. They’ll stay stuck in the ether complaining about the mess, instead of grappling with what to do about it.

And disenfranchising First Nations is a seriously bad idea. It might look tempting to a government bent on removing all possible impediments to ramming through development proposals in the North. Just sayin’. But it could have grave consequences.

Unlike many young people, First Nation communities have a deep attachment to the places where they live but at the same time they feel estranged from Canadian institutions. This is not a good basis for cooperation on issues to do with managing the environment, and disenfranchisement will only weaken the threads on which negotiations depend, on such things as the Arctic and pipeline routes.

Of course not getting the signals straight on the environment is a layer on top of the moral reasons why disenfranchising First Nations by erecting cumbersome bureaucratic obstacles to their voting is appalling. They only got that right as recently as 1960, when Prime Minister Diefenbaker saw to it that they could vote without losing their treaty rights.

It looks like almost 60% of Afghanistan citizens voted in recent elections, risking violence, possible death at the hands of the Taliban who threatened to blow up their polling stations. Oh the heart-rending irony of it, if Canadians are going to sink back into their comfortable chairs and view the world through a flat screen until this particular kerfuffle passes.

The Harper government proposes treating Election Canada in much the same way as it has the Department of Oceans and Fisheries: reducing its authority by breaking up its responsibilities. (DFO is having its powers to protect fish signed over to the National Energy Board and the Nuclear Safety Commission. I’ve covered these issues in previous blogs: “Oceans & Fisheries loses out to another agency again,” March 3rd, 2014; and “Furthering Harper’s Stealth Agenda,” February 2nd, 2014.)

The Fair Elections Act would have Elections Canada’s investigative powers assigned to the Director of Public Prosecutions, which answers to the cabinet.  Both Chief Electoral Officer Marc Mayrand and Yves Cote, commissioner of elections agree that this move would impede investigations and compromise the commissioner’s independence. In testimony to a parliamentary committee, the commissioner said this would slow down investigations, create communication problems and goes against the principles established by regulatory bodies such as the Canada Revenue Agency, the Competition Bureau and the Canada Border Services Agency.

The Harper government is also putting an end to the use of the voter identification card as a legitimate means of establishing one’s address, a necessary condition for voting; 400,000 people used it as part of a pilot program in 2011. When you put this up against some of the bill’s 39 so-called legitimate means of establishing one’s identity such as a letter from someone who works in a soup kitchen, this is crazy. Harper wants to invalidate a communication piece from Elections Canada to voters in favour of a long list of other identification forms that have nothing to do with elections or voting.

The Fair Elections Act is a very daring reworking of Canadian democracy. It is of a piece with the Harper government’s prorogation of parliament, its omnibus bills, limiting debate in parliamentary committees, invoking closure and the sort of behaviour that got it found in contempt of parliament, the only government in the Commonwealth ever to be so humiliated.

Everything You Need to Know about the Fair Elections Act, Globe and Mail http://www.theglobeandmail.com/news/politics/what-is-the-fair-elections-act/article17648947/#dashboard/follows/

“We Believe this Act will Prove to be Deeply Damaging to Electoral Integrity within Canada” We the undersigned… March 19,2014 http://www.theglobeandmail.com/news/politics/letter/article17561359/#dashboard/follows/

CBC News: Do you have the Right ID to Cast a Ballot in a Federal Election? Laura Payton, March 29, 2014, http://www.cbc.ca/news/politics/do-you-have-the-right-id-to-cast-a-ballot-in-a-federal-election-1.2590173

Correction: A correction has been made regarding the proposed transfer of the commissioner of elections’ powers in the third to last paragraph. My regrets.