What to do about low water levels is mired in controversy. The talk has mainly concerned where best to site engineering structures to fix them, whether in the St. Clair or Niagara rivers or some combination of the two. Almost never talked about is adaptive management. The International Upper Great Lakes Study Board endorsed it, as did the International Joint Commission in its letter to the U.S. and Canadian governments, but among the Georgian Bay crowd it was denounced as the unacceptable do-nothing option.

It is about exchanging information,  stepping gingerly forward, assessing and regrouping. Still, it is gaining ground in the world community as the best way address the uncertainties of climate change.

A recently released UNESCO study entitled Water and Climate Adaptation: Policies to Navigate Uncharted Waters, has come up with some pointers on how adaptation works after looking at how 34 countries have approached the subject. The Great Lakes wasn’t discussed. Still, UNESCO surfaced some relevant lessons and principles that should help us move forward.

Why adaptation might be a better fit than mitigation, at least for now.

UNESCO bases its argument for adaptive management on the “cascading uncertainties” resulting from climate change.  The Big Fix solutions require a high degree of certainty if they are going to  make a return on investment and not back fire.

Despite sophisticated computer modeling, the UNESCO authors profess little confidence in any guidance climate projections might provide for water management; for example, you can’t draw a line from emission trends, through their impacts and conclude what sort of floodgates are necessary. 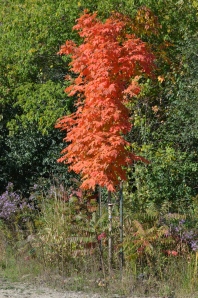 According to the UNESCO report, precipitation and evapotranspiration are impossible to predict. Changes in mean temperatures are slightly more predictable, but extreme temperatures aren’t. And then there are “shifting means” (the upshot of skewed extremes) that are ignored in most climate models. Different models can produce vastly different results, and comparing average yearly temperatures is highly dependent upon which particular years are compared. Also changes in river discharges and runoff cannot be estimated because they are not consistent with changes in precipitation. Similarly, it is not known what impact extreme precipitation events have on the replenishment of groundwater.

The Upper Great Lakes Study Board uncovered similar uncertainties. After $17 million dollars worth of work, its highly qualified authors confessed to an imperfect understanding of net basin supplies; a compromised ability to predict water levels a month ahead; and a poor understanding of lake dynamics and inter-annual and decadal timescales. Again, runoff is the big mystery because of an incomplete gauging of the affected land area. The Study Board concluded that the “extreme extremes” expected by climate change are beyond any proposed regulatory plan. So it shelved structures in favour of adaptive management, which it hoped could effectively address risks related to extreme water level conditions.

Big Fixes carries carry big risks and exorbitant costs.  The UNESCO paper notes, “Adaptation requires flexibility in a domain dominated by long-lived infrastructure with high sunk costs:” an apt description of the engineering marvels being bandied about for the middle Great Lakes.

The UNESCO report struck other notes that might be worth paying attention to in Georgian Bay’s water levels debate.

“Avoid skewing financing to specialty projects that might be easily labeled adaptation but do not necessarily maximize net benefits.” This might have relevance for the construction of the proposed engineering project in the St. Clair River, whose specialty project is raising water levels in the middle Great Lakes.

“Adaptation should not be undertaken in a way that focuses only on climate as a risk driver to the exclusion of other more dominant drivers of water risk, such as social, economic and political systems.”

The complexity of actors and interests in the enormous regional economy around the Great Lakes necessitates a great sorting through if we are to live with changed climatic conditions. But assembling and studying the injuries inflicted on all these actors and interests by low water may not be the most helpful way of getting to the best solution. If the objective is to restore the old status quo, then the tallying up of the economic and environmental costs could be just a rationalization for building a “long-lived infrastructure with high sunk costs” of limited utility.

Adaptive management is sometimes mistakenly interpreted as a hopeless exercise to strip the change out of climate. But it is really about changing our behaviour in terms of our water and land uses to allow for a growing economy and a restored and possibly retooled environment. However, it carries its own set of risks and dangers. Adaptive management could be far less saleable politically than coming up with the money for dams and dikes and weirs. It may result in a shouting match  with the strongest, not necessarily the more legitimate voices getting heard.

Here’s a problem: marinas around Georgian Bay are facing economic hardships as a result of their boat slips being too shallow to accommodate their customers’ boats. At the same time wetlands are drying up, forcing its critters to relocate, putting them in conflict with human land uses, including marinas. The marinas are the keystone economic drivers in many small communities. The wetlands are important nurseries for all manner of aquatic life. In the adaptive management model, this is a problem for land and water use planners, not the hydrological engineers, the lesson being  we shouldn’t try to mitigate our way out of this dilemma with Big Fixes.

The UNESCO document talks about water security: ensuring we have enough water for our economic needs, not too much such that we have floods, and water quality sufficient for the environment and our health. The discussion is about getting to those goals in very changed circumstances.

“From a risk perspective, the long-term consequences of ‘normal’ (high probability, low initial impact) but recurrent and chronic threats to water security such as competition for water resources among various users or pollution deserves much greater attention from a risk perspective.”

So climate change is the opener. It is only the first step to assessing what our needs are and how we are going to deal with them. The danger is we will pursue solutions that won’t work but that everyone wants to believe will work. Getting to real solutions to our real problems is going to be much much harder than that.

Adaptive management is the sleeper issue behind the water levels crisis.

Water and Climate Adaptation: Policies to Navigate Uncharted Waters can be found at www.oecd-ilibrary.org/environment/water-and-climate-change-adaptation_9789264200449-en

3 thoughts on “Water Levels and a Major Report from UNESCO”